As soon as I arrived in Reykjavik 101, I felt like I was in a familiar place. I had been dreaming about visiting Iceland for such a long time that it’s sights and even it’s vibe were already imprinted on my minds’ eye. The bus ride from the airport into town was mildly surreal, driving through lava fields on an overcast morning, but nowhere near as surreal as the days and the scenes that were to come. By Karlie Marrazzo

If you’re arriving after a long flight with connections like I did, I would recommend checking in to your hotel or apartment first, taking a power nap and getting hydrated. No need to buy expensive bottled water in Iceland, as their tap water is pure, delicious glacier water! This is especially important if you are visiting in the summer, so you can be refreshed and take advantage of the 24-hour daylight. Don’t be shy with the naps, either! Half an hour to an hour is all you need to feel recharged.

After strolling through beautiful downtown and having a quick bite, we visited Hallgrímskirkja church (kirkja means church), one of Rekyjavik’s most famous icons. Jagged, breathtaking and beautiful, it does not look like a typical church from the outside. It is made of concrete and represents columns of volcanic basalt. The inside is no less beautiful, and reminded me of the interior of Sagrada Familia in Barcelona. We paid 700ISK each to go up in the 75m high tower to see those postcard views of Reykjavik. The city looks just as cute from above as when you’re in it, like a colourful little Lego town.

We sat down in one of the pews to have a rest and relax for a few moments. At first we thought it a bit odd that none of the pews were facing the front of the church, but were all turned around towards the back. An unassuming man wearing slacks and glasses walked in with a stack of papers in his hand. Could it be? He sat down at the organ, organized his papers, opened up a music book, and began to play. I don’t know what pieces he played, but I didn’t need to know what he was playing to be in awe. It was so powerful, the way music is supposed to make you feel. Most of the songs were strong and a little scary, like something you would hear if you were walking through a haunted castle. I felt totally swept away and lucky.

After this beautiful moment, it was time for another nap. We had a big night ahead of us, because we were finally going to meet Inga. We had first been in contact through her website Tiny Iceland all the way back in November 2012 and were looking forward to meeting her in person. She arranged dinner reservations for us at a sushi and seafood restaurant called Rub 23. We lingered for a couple of hours and had great conversation over lobster starters and delicious local fish. Sometimes I get nervous to meet people that I’ve met online first, but hanging out with Inga felt like hanging out with an old friend. Maybe it has something to do with the fact that our birthdays are only two weeks apart.

Friday and Saturday nights in Reykjavik are famous for the nightlife. Icelanders usually have a little party at home before going out since alcohol is so expensive, and then hit the bars around midnight or later. If you’re planning a night out on the town, try to stock up at Keflavik before you get to the city, or at a liquor store if you can find one. Alcohol is often 50% cheaper than at the bars. Alcohol isn’t sold in grocery stores, and the one liquor store I did find in Reykjavik 101 was never open when I tried to go there. Being slightly jetlagged tourists, we headed to the first pub significantly earlier. We started at an English pub, appropriately called Enski Barinn. It was quite like English pubs around the world – except they had a spinning wheel behind the bar that you pay the bartender to spin. You can win a beer or a drink, but the most awesome thing you could win was a meter of beer! I was picturing a meter tall container filled with beer, but later I found out it was just the equivalent in regular beer glasses. Unfortunately we didn’t win anything, but the bartender pitied us and gave us a round anyways. Inga was meeting up with a few friends from Twitter, and they ended up being fellow Canadians. We had a nice little polite laugh over that. The power of social media in bringing travelers together still amazes me. There were two musicians playing acoustic guitar and singing covers of American songs, with a couple of Iceland songs thrown in as well. It was fun and surreal to sing along to American songs in an English pub in Iceland.

Later on we wandered down the street to Lebowski Bar, a bar I had heard about and was excited to check out. I loved the ’50s American diner style décor. It’s not exactly what you expect to find in an Icelandic pub. The checkered floors, the wall of Playboy covers from the ’50s and ’60s, and hamburgers on the grill took me back to that era, even though I was born 45 years too late. I’m a bit of a bowling nerd at home, so my favourite thing about the bar was the bowling lane ON THE WALL, complete with pins and a ball rolling down the lane. We had a drink there but it was quite busy so we decided to move on.

We chatted with some Americans Inga knew that we ran into on the street (small country, Iceland is), and headed to Den Danske Kro, a Danish pub. There was another cover-playing-duo at this pub, who were also very talented and fun to sing along with. After lots of laughs and a few drinks, we had to pack it in around 2 am and finally get to bed. I’d have to say we were pretty proud of ourselves for making it that late with that little sleep! As we were walking down Laugavegur in the midnight sun, we couldn’t help but notice the huge lines forming outside of bars and clubs, filled with beautiful people in amazingly stylish outfits. Next time we’re in Iceland, we’ll definitely have to get the full experience and stay out even later.

We happily slept in very late and took what was left of the morning slow. By the time we got rolling, it was almost lunchtime. Iceland is strangely famous for their hot dog obsession, so we walked a couple of minutes to arguably the most famous hot dog stand in Reykjavik, Bæjarins Beztu Pylsur, by the harbour. There was already a lineup of about 15 people when we got there – a mix of families of tourists and Icelanders still up from the night before. The girl in front of me was wearing the hottest pink running shoes I’ve ever seen. The sky was grey but the wind wasn’t high and it wasn’t cold

We got to the counter and ordered like old pros “One with everything” (“Ein með öllu” in Icelandic) – everything being Icelandic style mustard, crunchy fried onions, raw onion, ketchup and a mayo-like sauce. These would be the first of many hot dogs we would eat in Iceland as they are super cheap, about 370ISK. We ate our dogs at the stand up hot dog bar, complete with little hot dog holders. Along with the giant bag of paprika chips in my purse, we had a nice little lunch.

I had read about the Kolaportið Flea Market before leaving home and wanted to check it out. It was right across from Baejarins so we went in for a peek. The most interesting part was the food section, which was absolutely exotic. Blue and black speckled eggs, frozen shark and horsemeat displayed neatly in freezer chests. Otherwise it was pretty much just like any flea market I’ve been to at home. Instead of hockey jerseys there were lopapeysa, mitts and scarves. There were Icelandic beer glasses and old Icelandic books and postcards. I wanted to do some more shopping so we wandered back downtown. We popped into a few bookstores and visited the Handknitting Association of Iceland, where they sell many types and colours of Icelandic wool. Much to the chagrin of the knitters in my life, my aunt Shirley and my mother-in-law Lorise, I still have not learned to knit, but I picked up a few beautiful balls of yarn for them.

My birthday was a couple of weeks before we left, so Dave thought it would be nice to make reservations for us to have a birthday dinner for me in Iceland. I know he didn’t realize it at first, but the date he picked for the dinner also happened to be the anniversary of the first time we ever met 13 years ago. He picked Fiskfélagið (Fish Company), a very cool restaurant in 101. It is a very unique space, with wooden beams on the ceilings, a giant picture of a cow in the bathroom, a wall covered in fur, and many more unexpected little touches.

We made plans to hang out with Inga again to do something mellower than the night before. I half jokingly asked her if there were any bowling alleys in Reykjavik, and, lucky for me, there was. She picked us up downtown and we drove a few minutes to the bowling alley. Unlike in Canada, but like everywhere else in the world, it was 10-pin. The only difference I saw was that we paid by time rather than by game, which added an element of racing the clock. We had a fun time and laughed a lot. It was nice to do something normal and not touristy at all.

It was an early night for us as we had a big day the next day – snorkeling between continents in the Silfra Fissure! Stayed tuned right here to read all about it and more from my 2013 Trip in Iceland!

Karlie Marrazzo, aka Miss Wanderlust is a writer and traveller. Thank you Karlie for sharing this wonderful post! I’m so happy we meet up and I was able to help you guys plan your #TripInIceland. Check out Karlie’s guest profile and follow her personal goal to travel to 30 countries by the time she turns 30 here. 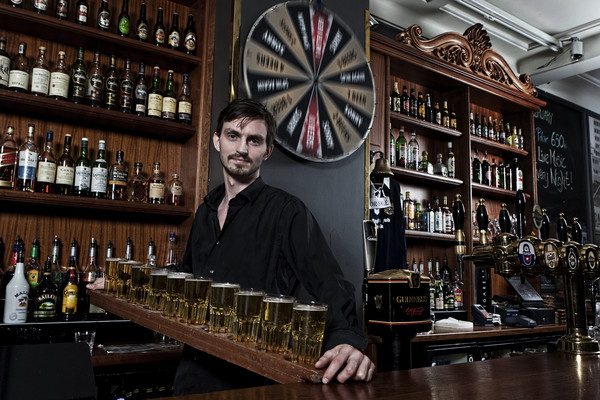 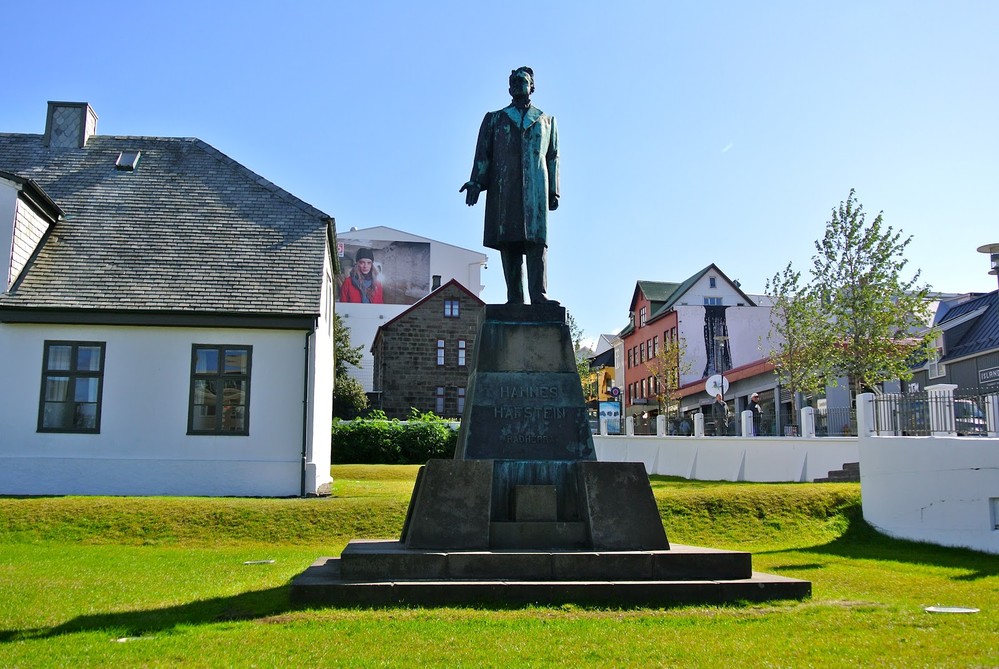 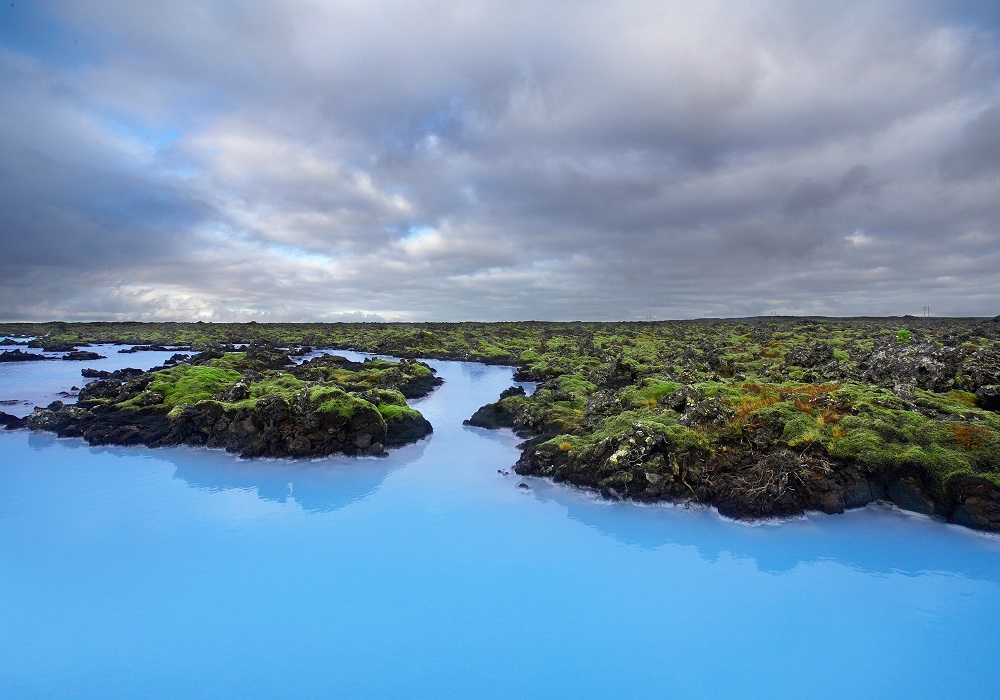 Despite the journey of days to get to Iceland and[...]