7 day stopover with Young Adventuress via Icelandair; 4 girls. 1 island. 7 days. #IcelandChallenge was filled with adventure, surprises and many great memories. There is so much footage and stories to tell you guys so I decided to start with an overview post. Over the next few weeks we will update you with blogs about each day. In the mean time enjoy this one and stay tuned for more to come…. Cheers, Inga

It’s a test of my memory to consolidate everything we did on the #Iceland Challenge into a single overview post. But before we upload the longer posts, I wanted to share with you guys few fun facts and photos. This trip would not have been possible if it wasn’t for a few key sponsors: Icelandair, Icelandair Hotels, Hotel Edda & Sixt Car rental. They deserve a shout out so I hope you guys will check them out before planning your own adventure around the country.

Okay, SEVEN days and SIX nights. Let the challenge begin! After greeting and picking up Liz and her friend Marika at Keflavik airport it was time to drive to Laugarvatn. The thing I loved right away was that there was no awkwardness between the four of us. We started talking in the car as if we had known each other for years about blogging, traveling, and our mutual love for Iceland. The ladies were greeting by typical Icelandic “FALL” weather (FYI our trip was in mid July = should be great weather in Iceland), but thankfully I had packed a big bag of warm clothes and rain jackets. This led to a mini photo shoot in the rain in the middle of a deserted road. It was extremely windy with rain coming from every direction, but I think it was good shock to their system and the perfect cure for jet-lag.

Since our goal was to travel off the beaten track, we decided against the Golden Circle, but it is a must-see for travelers that only have 2-3 days. Instead we drove up through the Laugarvatn area which is known for its geothermal hot spots.

Day 2 started bright and early with Ice-cream at 10am. You wouldn’t imagine having ice-cream fully dressed in warm clothes, rain jacket but there is an ice-cream phenomenon in Iceland and most people join along for the ride. I will explain this more in another #IcelandChallenge blog post or maybe I should make a post just about Iceland & Ice-cream? What you guys think?

After our morning desert, we had a very packed day of exploring as we drove from Laugarvatn to VÍK. I have driven along the South coast many times and it is filled with dramatic cliffs, waterfalls, volcanoes and black sand beaches. Everyone’s eyes were glued to the windows and we rarely set down our cameras with so many beautiful landscapes to capture. To attest to our adventurous spirits, we almost ran out of gas after trying to cram too many activities into one day, whoops! It was around 7-8pm when we rolled up to a gas station in Vik. We all heaved a sigh of relief and exhaustion. It was only the first day and it felt like a week. That night we were greeted by the lovely staff at Hotel Edda VÍK with the news that the hotel manager was expecting us for dinner. He even had a surprise trip planned for us, but more on that later 🙂 Honestly, I forgot about how tired I was that very moment and smiled. This is what Icelanders are all about, the hospitality and warmth of Icelanders is something I have heard repeatedly from travelers when they look back on their #TripinIceland.

Day three came around and started with a decent size portion of Icelandic Lýsi (fish cod oil) which I consider Viking magic—it keeps you strong and healthy! Although it’s excellent for your immune system, Liz and Marika’s facial expressions clearly expressed otherwise. Their general disgust was priceless! Since Liz and Marika were former Medieval Studies majors, we took the opportunity to hike up a Viking mountain after breakfast. I had calculated that we would spend about two hours there but the hike lasted a bit longer than we had anticipated due to some unexpected events. A little behind schedule, we hit the open road driving along the south coast.

The south coast is by far one of my favorite spots to drive in Iceland because every 30min or so the landscape changes and if you are lucky with weather it’s an amazing drive! The weather was pretty gloomy when we first set off, but as the day went on we managed to get ahead of it. It was only before arriving in Höfn that we were surrounded by mist once again. It felt like driving in no man’s land and I was just waiting to spot hidden people. Have you heard stories about hidden people in Iceland?! The next two days we were all heading into uncharted territory. Officially in East Iceland, we were excited to get off Ring Road and explore some of the many fjords. Our home base for the next two nights was the lovely Icelandair Hotel Hérað. The receptionist greeted us warmly and gave us many tips for exploring the area. The best part about the east was the warmth! After three days of heavy wind, constant rain and gloomy skies, we finally got some good ole vitamin C! Sunshine and 24°C, yes please!

Our last day in the country side of Iceland was spent in Akureyri. The capital of the North has a long and remarkable history as a trading hub for the North Atlantic. There is a special charm to Akureyri and each time I visit it’s different. We didn’t have as much time as we wanted here because we had to rush back to Reykjavik, but it was such a pleasure to stay at Icelandair Hotel Akureyri. The vibe at the hotel is very cozy and the outdoor patio has become quite the social spot in town, according to hotel manager Sigrún.

It’s quite a drive from the North to Reykjavik (about five hours) so we recommend you stop along the way. Unfortunately, we were on a bit of time crunch to make it back into town by 5pm. Marika had her heart set on seeing the Icelandic Phallological Museum LOL! Finally on my home turf, I organized a farewell dinner at Vegamót and mini pub crawl to spend the last night in style! We were even able to join forces with two bloggers who were spending a few days in Reykjavik on their own stopover program. Dylan (The Travelling Editor) and Nicole (Bitten by the Travel Bug) were a nice addition to our party and I invited my friend Davíð (The FoodPerv) as well. Our night which was filled with laughter, storytelling and a general passion for Iceland.

Taking a trip like this in such a short time means we had to be well organized and each day calculate the time/km. I had a wireless router from Vodafone in the car so we used google maps most of the time, but when there was no signal, we used the map that came with our car. I know many travelers that visit Iceland want to enjoy the trip and are often forced to go “social media silent.” I highly recommend having a wireless router (MiFi) or international data on your phone just for safety reasons alone. Not to mention, its pretty nice to update your Facebook, Twitter and Instagram with photos throughout your trip 🙂 Since we decided to drive different routes than typical Ring Road 1, we had were left without signal for hours on end, but it’s a small price to pay for conquering uncharted territories! Most of the time, we were well prepared for the spotty cell service, but please, take a map with you to be safe.

I will be posting quite a few blogs from this trip and one of them will be how to plan a road trip in Iceland with many helpful tips / links. In the mean time check out this blog.

If you are eager to see more photos then check out Tiny Iceland’s Facebook album, Instagram photos & Vine clips. 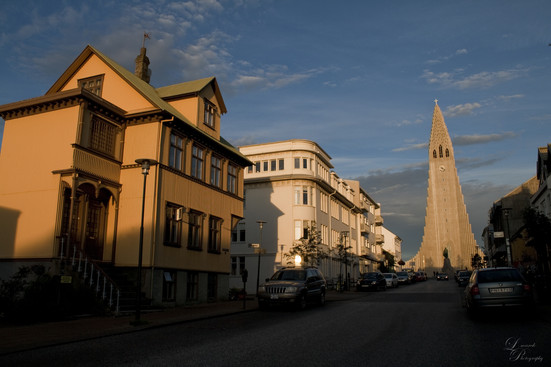 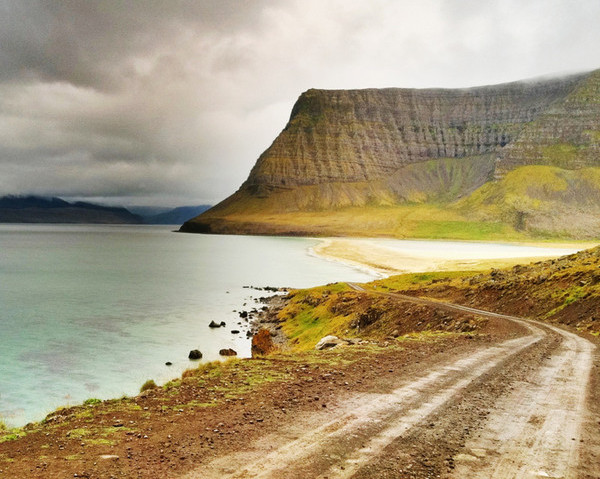 Iceland: Off The Beaten Path

For a tiny, isolated island anchored in the North Atlantic[...]

Iceland has many natural baths or hot springs. The reason[...]