I’m Sara, a 30-something millennial navigating my way through the world and adulthood. Like many of you, I’m part of a culturally liberal, technologically savvy generation, raised to believe we can be anything, go anywhere and have everything we want. The world is at our fingertips. Yet, we still have to find our way down this road called life. Sara Meets World is a compilation of our travels, the people we’ve met, and the lessons we’re all learning along the way.

Sara Maurer sees the world in a series of syllables and snapshots. Since graduating St. Bonaventure University in 2006, her priorities have included travel, meeting new people and learning the ways of the world firsthand. Raised in Western New York, she has also lived in Italy, Orlando, Denver, Chicago, New Orleans, Rwanda, and New York City (Brooklyn and Harlem).

Sara spends most of her days observing people and pondering the meaning of life’s seemingly random occurrences. She has a deep passion for helping those less fortunate and believes in the power of paying it forward. She sees communication as fundamental to life as chocolate and guacamole and combines social media with her louder-than-necessary voice to bring people and ideas together.

Sara received her Masters in International Social Work from Tulane University in 2012. Mildly obsessed with culture, diversity, relationships and finding her role in creating world peace, she finds the most insightful conversations are often struck up with strangers in airports, public busses and bars. Most of her writing aims to reach the fellow lost souls of Generation Y and includes, but is not limited to, reflections of world issues, travel, relationships and maintaining sanity while growing up.

She does not eat animals, never leaves home without a camera and loves Nutella (really, she centered an entire blog post around the Italian staple). In 2007, she went skydiving over the Rocky Mountains in Boulder, Colorado and her parachute did not open, subsequently requiring the use of a “back-up” parachute. This circumstance sums up the story of her life, as she often thinks of a backup plan for the initial plan that never goes as planned while she’s already spiraling into the abyss.

I am a product of Generation Y. We are the “Millennials,” “Boomerangs” and appropriately named “Peter Pan Generation.” Like Peter’s journey through Never Neverland, many of us have the inclination to delay passage into adulthood longer than the generations before us.

After college, I ran freely into the world with my fellow lost boy and girl graduates, only to enter the workforce during one of the worst recessions our nation has ever faced. Our dreams started big, but we experienced layoffs by the time we hit our mid-twenties. Many of us were thrown into a world bolstered with aspirations, empty wallets and continuous barricades along our roads to success. We continue to strive for our dreams, but now realize they don’t come without the cost of college loans, several degrees and countless years of experience. The “real world” turned out to actually be real after all.

We are a generation of travelers who choose to forgo corporate jobs in favor of seeing the world with pennies in our pockets and a camera in our hand. We try desperately to put off the idea of marriage and stability for a taste of freedom, only to face our lives as struggling young singles who cannot seem to stop growing older. Our mindset looks for perfection, and we use words like “soulmate,” “fate” and “destiny” to identify our dreams and justify why life occasionally turns sour.

Our lives are adventures filled with excitement, failure, confusion and acceptance. We live through extremes, bouncing somewhere between rock bottom and the highest of clouds. It seems much easier to be young, yet the world keeps turning and our birthdays keep coming. Peter Pan enjoyed his days venturing through a fantasy world of pirates, mermaids and pixie dust. What is so wrong about that anyway? We’re figuring that out together by sharing stories and reflections of our journeys between Neverland and adulthood.

We are proud to have Sara as a guest blogger!

You can find everything about Sara Meets World here: 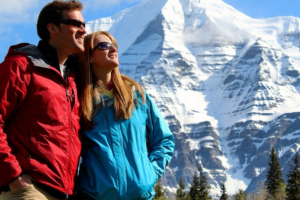 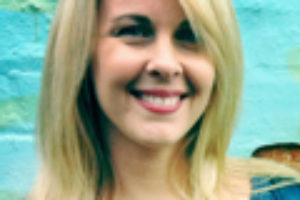 Cherina Hadley is a professional photographer who loves to travel.[...] 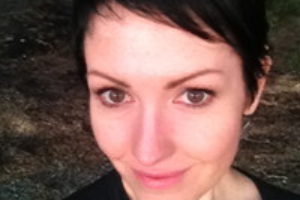 Naomi Doyle, also known as Patches McGee, is a Sydney-based[...]